When archaeologists recently opened a 4,400 year-old tomb in Egypt, revealing its beautiful reliefs to a curious world, there was no outcry against the desecration of someone’s final resting place, no concern about an eternal journey being rudely interrupted by 21st century antiquities hunters. Egyptian tomb exploration has been a form of world entertainment for a long time.

Not so with the royal tombs and tumuli of Japan. Today in Japan almost no archeological investigations of the large kofun (burial mounds) are allowed, even though these sites might provide significant insights into the life and development of Japan’s early Yamato civilization (250-710AD.) The reason? The Imperial Household Agency controls all access to these tombs, and forbids it.

It Wasn’t Always the Case

There have been investigations of Japanese tombs (including ones presumed to be of imperial descent) in the past, and these excavations have been of great value to the study of early Japanese culture. Often, the evidence unearthed predates the earliest extant historical records, which are in any case of questionable historical facticity.

One of the most remarkable discoveries was made at the Takamatsuzuka Kofun, which was excavated in 1972. 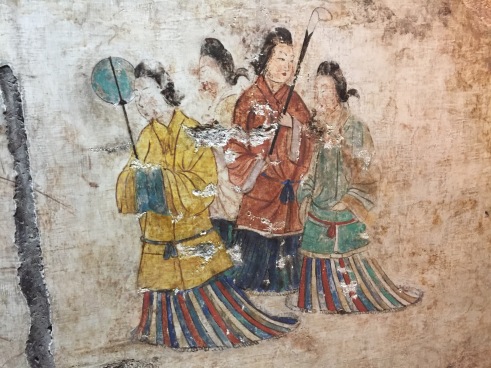 Discovered in the village of Asuka by a farmer who hit quarried stone while digging into a hillock, this modest tumulus was excavated without much fanfare by a local Archaeological Institute. In spite of being in a cluster of significant tulumi, and though it was thought for centuries to be the tomb of Emperor Monmu, no one moved to halt the work.

Within a few days, researchers had revealed a narrow stone crypt, which medieval thieves had chiseled into some 700-800 year ago. The stone chamber still contained bronze and iron artifacts, but also something quite unexpected – plastered walls with well-preserved frescoes: detailed color images of a dragon, a tiger, a mythical tortoise, and groups of men and women dressed in the fashion of the times; the moon and sun were rendered in silver and gold flake, and Chinese constellations adorned the ceiling.

Nothing in the vault, including the remains, proved definitively who was laid to rest there, but it was clearly not Emperor Monmu. In any case, after preservation work was completed, higher authorities sealed the tomb, and it has never since been reopened.

Looking into the past. Asuka, Japan

While the Takamatsuzuka crypt left many questions unanswered, all agree that its discovery aimed a beam of light upon the influences and beliefs of Japanese nobles of the late 7th to early 8th centuries. Its contents have engendered speculation and debate ever since. And it has begged a much bigger question: What might the undisturbed crypt of a real emperor reveal about the past?

In October, 2018, a rare exception to the policy of no intrusion on royal burial grounds was made at the Daisen Tumulus, Japan’s largest burial mound.

The Daisen Tumulus was constructed in the early to mid 5th century, and is the presumed resting place of Emperor Nintoku. Under the auspices of Sakai City and the Imperial Household Agency, archaeologists are now digging at this famous keyhole-shaped mound, which covers an area nearly twice as large as the great pyramid of Cheops, Egypt. The Daisen mound is over 800 meters long and over 600 wide, and was originally surrounded by three moats of different heights.

To date, researchers have laid bare stonework and clay cylinders, known as haniwa, at just the edge of the southerly, squared end of the mound. This is a very long way from the presumed crypt of Emperor Nintoku, and is unlikely to shed much new light on the mysteries of early Japanese civilization. But we shall see. 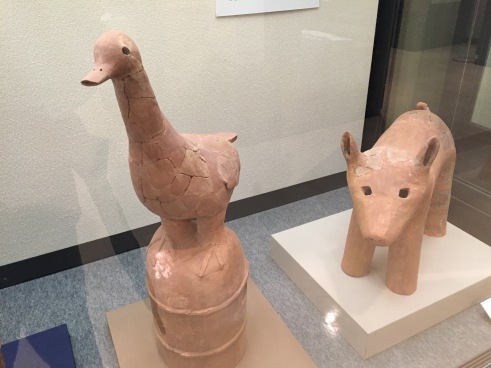 For now, they rest in peace

Like the tombs of Egypt, and burial sites throughout the world, Japan’s large tumuli were looted centuries ago. A bronze mirror from the Daisen mound, possibly cast in China, has been owned by the Boston Museum of Fine Arts for many years, having been acquired in Kyoto in 1908.

But while the Imperial Household Agency might fear the removal of more artifacts, by prohibiting investigation of the tombs it also effectively protects Imperial history from any inconvenient revelations. Whether this is intended or not, it means many intriguing questions about Japan’s earliest influences will remain unanswered.

But suppose that somewhere in Japan, in the tomb of a greater or lesser Yamato king, a telling trove of artifacts lies undisturbed. It seems quite likely that such treasures exist, either because they have never been found, or because they have been protected.

Then this: as much as we would like to examine them, and know their provenance, is our old habit of digging into tombs really the right thing to do? Should our thirst for knowledge trump our respect for the dead?

Hmm. For now, the Imperial Household Agency has the final say on that.

The Culture of Yamato

For a period of over 400 years Japan’s royalty and nobles were buried in tumuli, or large burial mounds. This period in Japan’s history spans both the Kofun (Tumulus) Period (250 – 538AD) and the Asuka Period (538 – 710AD), and is best thought of collectively as the Yamato period.

Though Buddhism was introduced to Japan during the 6th century, it did not take the country by storm. For hundreds of years Japan remained largely an animist, with royalty much under the influence of the court cultures of Korea and China – as the Takamatsuzuka frescoes indicate.

Imagine the world of King Arthur’s England, obsessed with magic, demons and warfare, engaged in tenuous trade with distant empires – some crumbling, some greater than itself. This was the Japan of the Yamato period.

Have you ever looked at a Japanese tile roof and thought “what a fine thing!” Just kidding. I have, for much of my life. 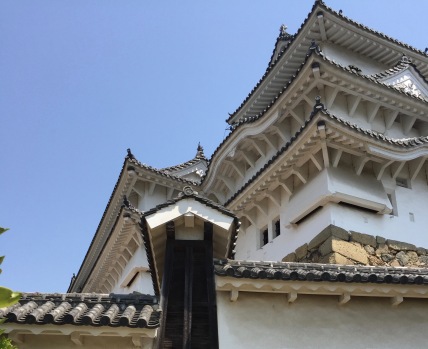 This month Yamamoto Kiyokazu, the founder of roof tile manufacturer Yamamoto Kawara Co., Ltd., passed away at the age of 86. He was the master foreman on the large-scale roof restorations of such historical structures as Todai-ji Temple (Nara), and Himeji Castle (Hyogo.) In his position as touryou (棟梁), a term composed of the characters for roof ridge pole and beams, he was the man at the top of these operations.

This was important work.  These and other restorations he supervised, such as Houryu-ji Temple (Nara), which is one of the oldest wooden buildings in the world, are designated world heritage sites, and among Japan’s greatest treasures.

Mr. Yamamoto, you had quite the resume!

Sometimes, when I look up at a fine Japanese roof, I ask myself “How did it get there?” and “Who will take care of it in fifty or a hundred years?”

Well, this master roofer worked hard to promote an appreciation of tile roofing, spending many years of his life lecturing on the subject around Japan. 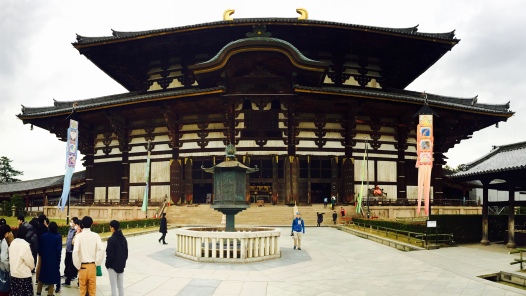 Todai-ji. World’s largest wooden building, and a nice one at that.