In a Kodo workshop, there are more challenges than simply identifying different scents. You must grind your own india ink, take notes with a calligraphy brush, and listen very carefully.  On the other hand,  you will not be asked to sit seiza – though you may do so if you wish.

Ask your Japanese passerbye on the street about the practice of Kodo, and you’re likely to get a blank stare, or a slow shake of the head.  Kodo, which can be translated as the Way of Incense, or the Way of Fragrance, is not nearly so well-known as some of the other Japanese arts.  Yet it is akin to the Tea Ceremony (Sado), and utilizes the accouterments of Japanese calligraphy (Shodo), having emerged along with these more popular disciplines from the same historical milieu, the artistic and spiritual renaissance of the Azuchi-Momoyama period, over four hundred years ago. 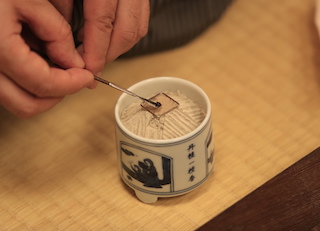 While the enjoyment of incense, in particular the rare “sinking woods” of Southeast Asia, was first recorded in Japan more than a thousand years ago, Kodo in its modern form is a meditative practice that focuses on the individual’s connection with the natural world. Perhaps more than any other Japanese art, it adheres to its Zen roots, offering an antidote to that “blank stare” sense of isolation that pervades our preoccupied, over-stimulated lives 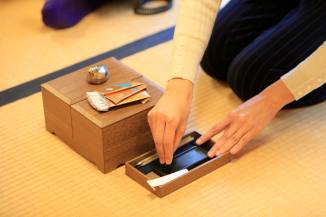 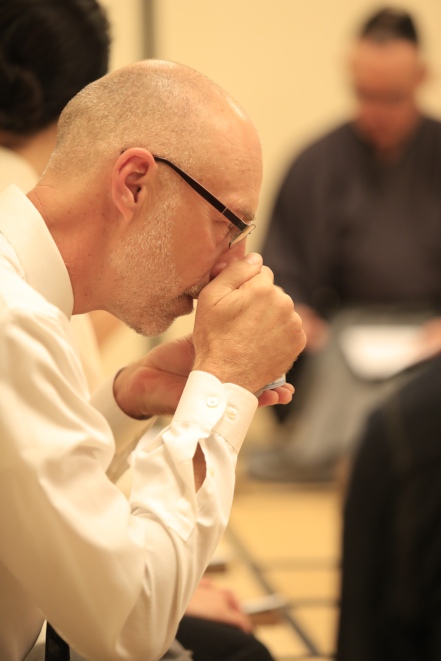 Performed in a group, in a quiet tatami room, a Kodo workshop often begins with the sensei’s comments on the natural world, followed by a “game” of kumikoh, in which practitioners attempt to identify several subtlety different scents.  In this test of olfactory acuity the student is advised to listen (rather than smell) the fragrance of tiny chips of heated wood.  Whether due to the focus of the discussion, or to the intense concentration required to differentiate the scents during the contest, the practitioner will achieve a clarity of consciousness – a mindfulness, if you will – that can continue for hours after. 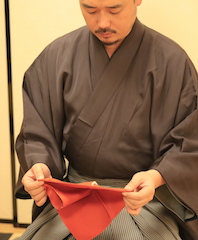 For centuries known only to the families of samurai lords and Edo merchants, Kodo is today gaining a greater following in Japan and abroad.  But there are only two schools, the Shino and the Oie, and unless you speak Japanese fluently, you will need to find a workshop with a good interpreter to fully enjoy the experience.   [The Shino school offers bilingual workshops periodically.  See  www.shinoryu.jp]

It would be worth your time to take a listen.